God, I love apps. They make entertainment so easy and accessible.

Throughout history technology has always made life easier and more convenient. It has helped us become more efficient at our jobs, and made difficult tasks like solving complex math problems as simple as pushing the “enter” button. It’s hard to find an industry that hasn’t been positively effected by modern technology.

Apps are the most “hands on” version of technology known to modern man. With today’s apps, all you have to do is push a button, download an app and within a few seconds you’ll possess the most current and exciting media, research or entertainment. It’s all at your fingertips.

When it comes to entertainment, apps have certainly improved how we interact with this medium of amusement. Before smartphones and apps, you either had to go to go a movie theater, sit in a stadium or be smack-dab in front of a television in order to watch your favorite movie, sporting event or television show. That’s all changed now! Thanks to modern app technology.

Apps even allow you to niche down and only watch what you really like or care about. For example, most people like movies. But how about independent films? You know the “independent movies” that are made, produced and marketed outside of the major film studio system. Apps have you covered! If you love independent films, and you couldn’t care less about big budget films…I’ve got some good news for you. It’s called SnagFilms!

SnagFilms was specifically created to “bring the world of independent film to broader audiences everywhere.” SnagFilms even has an app that can be watched on virtually any smart device available today. You can check out their award winning app right here. When I say award winning, I mean it too. TechCocktail called SnagFilms’ app the “Best App for Watching Movies,” and Gizmodo.com also praised their app by calling it a “Top App.”

In the entertainment app world, there’s something for everybody. If you enjoy watching anything poker related then guess what, there’s even an app for you. And there is no shortage of poker entertainment once you download the PokerStars TV app. You can watch The PokerStars Big Game, European Poker Tour (EPT), PokerStars Caribbean Adventure (PCA), the Online Poker Show and loads more for free, all directly on your smartphone or tablet.

How about your favorite sport? What are you going to do when you’re stuck sitting on a train, or riding shotgun on a long road trip with your best friend? How do you keep up with the latest football (soccer) and World Cup scores, news, stats and awards? 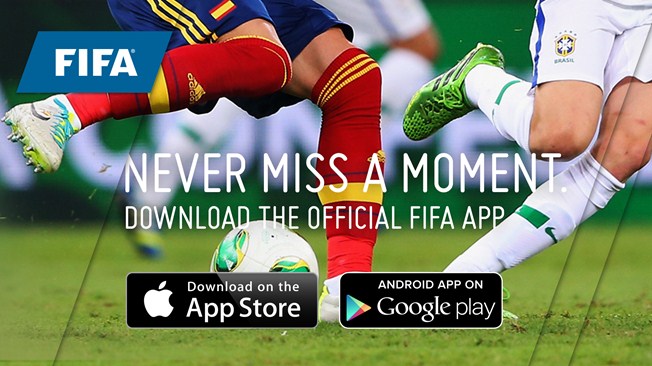 The answer is, of course, using an app. All you have to do is download the Fédération Internationale de Football Association’s Official FIFA App and you’ll be up to date within a few seconds. As long as your smart device is charged, you won’t miss a single football score or highlight from now on. With the FIFA app, it’ll feel like just you’re watching the game in front of your very own television set.

Being entertained has never been so easy. All you have to do is find an app for whatever you want to watch or listen to and you are good to go. So basically, what I’m saying is… I love apps!

CES 2017 starts the year off with a bang for gamers