What's the future of The New York Times look like?

Interesting and in-depth analysis by Om Malik on the New York Times and the company’s future, which will likely be less reliant on advertising in the years to come.

Wired magazine recently published, Keeping Up with the Times, a story about the New York Times and its slow & painful transition to a digital first publication. ‘It’s to transform the Times’ digital subscriptions into the main engine of a billion-dollar business, one that could pay to put reporters on the ground in 174 countries even if (OK, when) the printing presses stop forever,’ Gabriel Snyder (one of my favorite writers, by the way) wrote in his in-depth feature, which is worth reading.

After reading the piece, I thought let’s see how the Times is really doing — by the numbers. With help of Nima Wedlake, I came up with data to chart the progress made by the company, to see how far it really is from its transformation into a billion-dollars-in-digital-business.

What becomes clear from the charts Om has put together is that the key revenue driver for the New York Times is its digital subscription business, which added more than half a million paid subscribers in 2016–thanks in large part to the election and Trump. The Times hopes to grow digital revenue to $800 million by 2020–they’re at nearly $500 million in 2016.

Here’s my favorite chart that Om put together, it highlights the new category of “other revenue,” which includes affiliate revenue. Keep an eye on that section, I suspect it will start increasing. 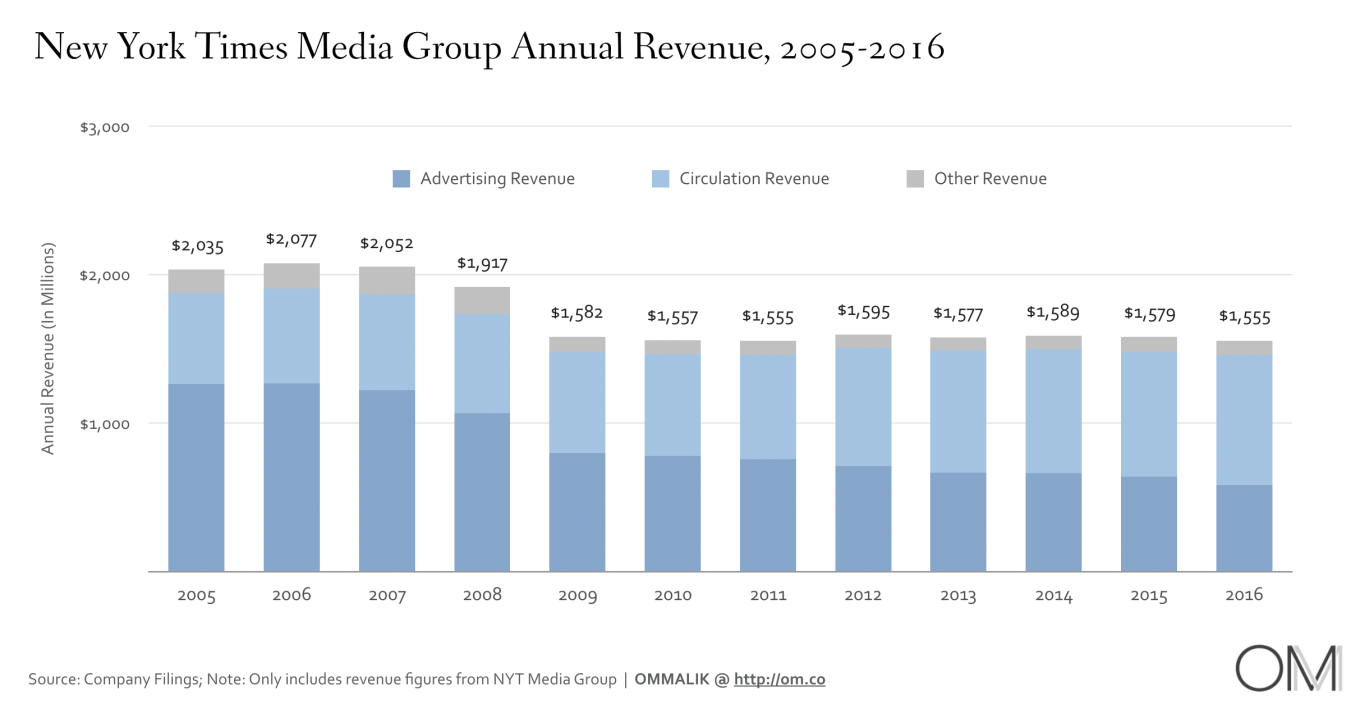