This Father's Day give your father the gift of time

We’re about a month into the spring season, which means warm weather is (hopefully) around the bend and all sorts of holidays are on the horizon. One of those holidays is Father’s Day, and believe it or not, it’s not too early to begin thinking about what you’ll be picking up for your old man this year.

A gift idea that’s always a winner is a watch. It’s one of those gifts that someone might not necessarily buy themselves, but will get a lot of mileage of should someone give it to them. It can be a workout tool or a fashion accessory, but in either circumstance, it’s a practical gift. And with more of us making a concerted effort to look at our smartphones less, a watch performs admirably in doing one job well — telling time.

In the smartwatch arena, your buying decision is going to rest on which smartphone platform you’re loyal to. And even then, you’re going to find far more support on one platform than you will on the other.

The Apple Watch is the clear frontrunner in this category. Now in its third generation, Apple has continued to push the Apple Watch forward with both hardware and software improvements. The current third-generation Watch can operate entirely independent of your iPhone with built-in LTE and GPS, and app developers have been fairly supportive of the device, even if the apps themselves aren’t all that useful.

On the Android side of things, as you do with phones, there are a few watch options available. The LG Watch Style apes the look of a more traditional watch while still packing in the Android Wear 2.0 software. The Huawei Watch is another option for those looking to add an Android-compatible watch to their wardrobe. And there are more fitness-focused options like the Polar M600 available if you want something that isn’t necessarily ready for fancy dinners but can crush it on a long run. 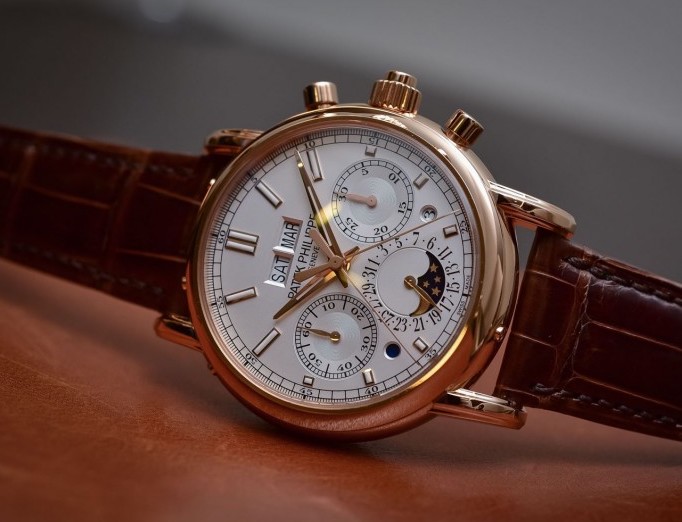 When it comes to picking out a traditional watch for Father’s Day, the world is your oyster. There are countless options available at varying price points and with vastly different capabilities. If you really feel compelled to plunk down some substantial cash, you can peruse a site like Chronoexpert and gawk at the incredibly intricate timepieces sold there. I browsed through the site and managed to find a watch that costs as much as a house. Certainly not one I’d be picking up, but if you’re someone of incredible means, you’ll find a lot to like on this site.

Do you have a particular type of watch you’d like to recommend to your fellow readers? Feel free to share in the comments below.

Shawn Farner is a Harrisburg-based tech blogger who has been involved in online media for over eight years. He covers consumer electronics, web companies, and gaming.

HighIoT’s Akita device protects your smart home from being hacked

Here are the 10 best sites to track Bitcoin exchanges