Global warming is the consistent trend in warming of Earth’s climate system. And it’s happening fast. According to NRDC: “Over the past 50 years, the average global temperature has increased at the fastest rate in recorded history.” Often used interchangeably with the term “climate change,” global warming refers specifically to the rising surface temperature, while climate change refers to the changing climate patterns produced by this warming trend.

Global warming is the result of a rise in the levels of certain gases in the atmosphere. These gases trap heat in the atmosphere as it radiates out from Earth rather than allowing it to escape into space. This is known as the greenhouse effect. For example, burning fossil fuels (such as coal or gas) releases carbon dioxide into the atmosphere, and a reduction in forest cover means that the planet reabsorbs less of it, so it stays there. Methane, another highly active greenhouse gas, is produced in a number of ways, including waste decomposition, agriculture, and livestock management.

There is a myriad of greenhouse gas sources, so global warming is far from a simple problem and requires a multi-pronged approach to tackle it effectively. While advancements in technology have, in some ways, contributed to the trend, technology can also be employed as a way to challenge global warming. After all, we’re using it for everything from staying connected with family to curing hangovers. Technology has reached a point where it can improve efficiencies beyond what humans are capable of doing, which means it can minimize fossil fuel use, among other things.

For individuals, smart home devices are a powerful tool in helping to curb global warming and help save the planet. Such devices do things like conserve energy use, track water use, and keep appliances running at peak performance. Here are some devices you can use. 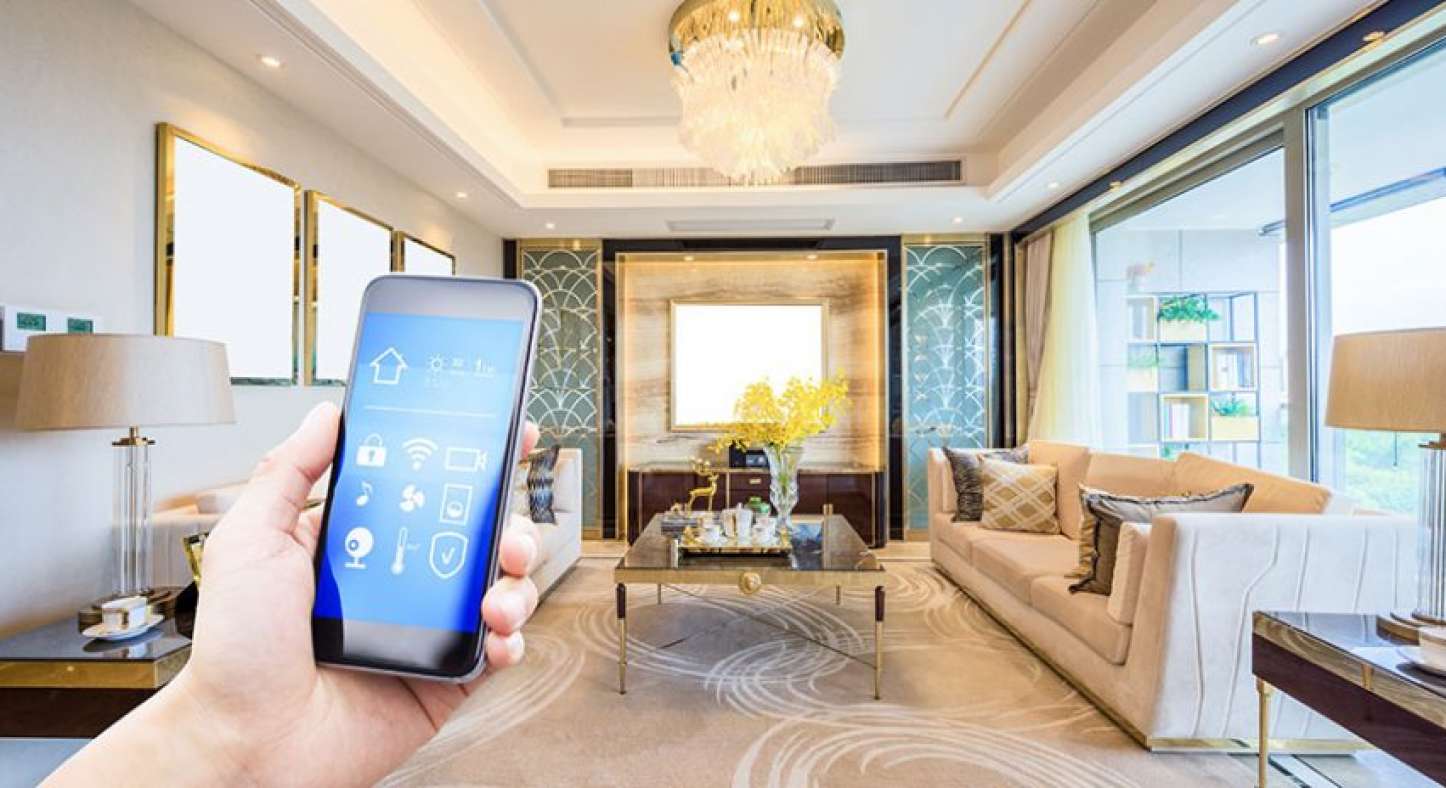 There are various types of smart home sensors that can help you fight global warming by saving energy and conserving water.

Temperature sensors can work with smart thermostats to dynamically adjust settings in your home in response to air temperature so you can keep the indoor temp no higher than you want it without having to monitor constantly.

Water leak sensors placed in strategic locations (near washing machines, hot water tanks, or exposed pipes) will alert you to small leaks long before you would see them yourself, prevent water waste as well as potentially expensive damage. There are other types of useful sensors too, such as door/window sensors and weather sensors to use in the garden.

These devices, which you simply plug into your outlets before plugging appliances or other things into them, help you save passive energy use, sometimes called vampire loads, by turning off devices when you forget to. They also can be controlled from a smartphone so you can turn devices on or off as needed.

Smart outlets provide convenience: imagine being able to turn the coffee maker on when you’re still in bed or turning a light on as you come home, so you don’t have to stumble around in a dark house. You’ll also be able to just rely on the outlet to stop an appliance from using passive energy instead of having to unplug it. They can be programmed to go on and off at specific times. You can get single outlet devices or smart power strips for home entertainment or office setups.

With smart light bulbs, you can set schedules for turning lights on or off, dimming and brightening them, or turning them on at certain times of the day when you’re on vacation. They also give you access to your lighting from an app so you can turn lights off if you forget to before leaving for the day.

Another benefit of smart bulbs is that they are CFL or LED, which are much more energy-efficient than traditional incandescent bulbs. If you still need to upgrade from older bulbs, consider jumping straight to LED smart bulbs, which can reduce energy use by 35-45 percent or more.

If you have a garden or lawn you water, consider investing in smart sprinklers. These connect to an app that not only allows you to control them when you’re away or set a schedule, but also monitor weather conditions to adjust your watering schedule and prevent unnecessary water use.

Smart sprinklers can also help you be more efficient with watering because they use metrics to determine how fast water will evaporate from the soil and set the best schedule for your needs in every season, eliminating guesswork.

Smart appliances are part of the growing Internet of Things, which is designed for convenience as well as efficiency. They include refrigerators, washing machines and dryers, ovens, microwaves, and dishwashers. They help save energy by monitoring performance and alerting you to maintenance or repair needs, so you keep your appliances running in peak condition.

A smart refrigerator, for instance, can tell you when your freezer needs defrosting and even monitor the expiration dates of food items. A smart dishwasher will include sensors that detect the size of the load and amount of grime on dishes to operate more efficiently. You can also program them to monitor energy use in the area and activate a wash cycle during off-peak hours, which will save you money as well as reduce the load on the local energy grid.

While technological advances are sometimes implicated in global warming, modern technology also offers significant capabilities in mitigating it. Scientists have been exploring the many ways smart technology can be applied, and consumer use is one important piece. The American Council for an Energy Efficient Economy found that if every household in the US adopted smart home systems, we could see energy savings of up to 17 percent. That’s not to mention the increased convenience and security smart home devices can offer. Fortunately for us, smart home devices are easy to install and can be added one by one to your home as budgets allow.

Morgen is a freelance writer that lives in Salt Lake City. She loves writing about technology and sustainability. When she's not typing away at her computer, you can find her baking and exploring the

Self-driving cars are coming, but are we ready?