Encryption is one of the most talked about topics in modern technology as the world becomes more and more online-orientated. Whether used to protect communications, bank details, or important website data, encryption is used in almost all spheres of our digital life. It has become an enormous industry in its own right, with various apps developed specifically for individual use to further ensure personal data protection. There are different kinds of encryption algorithms that can be leveraged for different purposes. Here we will take a look at the 4 most popular and see where they are commonly used, and how they work. 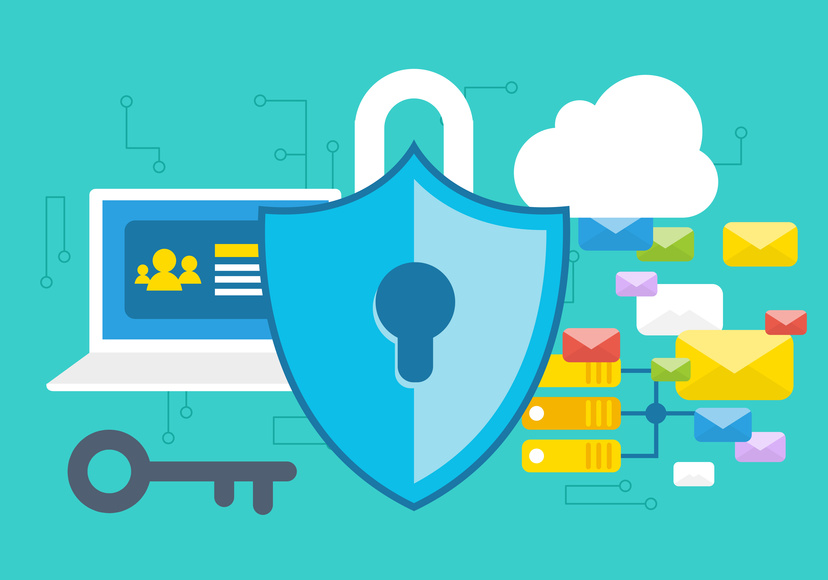 Generally regarded as the leading encryption standard, and even used by the NSA’s Information Assurance Directorate, AES was devised by two Belgian cryptographers in 2000 as part of a worldwide competition. Originally known as Rijndael before standardization, this symmetrical key algorithm is intended to be effective and easy to use in both hardware and software against a wide range of attack techniques. The AES algorithm is required to be a block cipher that can handle 128-bit blocks. The key sizes are 128, 192, and 256 bits; the latter two used for top level secure communications.

AES was designed to take over from DES after the previous standard was successfully hacked. One of the biggest benefits of AES is its encryption speed, making it particularly useful for routers and firewalls. For a full overview of how AES works, take a look at this helpful guide.

The Data Encryption Standard (DES) algorithm was once upon a time the go-to encryption standard. However, after it was proven to be beatable the newest form of it was developed: Triple DES. Where the original algorithm had 56-bit keys, Triple DES uses three individual 56-bit keys, means that it becomes a 168-bit key. It remains a trusted symmetrical key algorithm, and although largely phased out in favor of AES it is still used as an encryption solution for hardware in various industries.

Unlike AES and Triple DES, RSA is an asymmetric algorithm using public-private cryptography to enable users to share information over insecure networks. There is a pair of keys at work here: a public key which can be shared with anyone and a private one which must not be shared. Both keys are required to encrypt and decrypt data. In general, RSA keys are 1024 or 2048 bits long, making them highly secure but quite slow.

Twofish is related to Blowfish, one of the finalists of the AES competition alongside Rijndael in 2000. It is a symmetrical key block cipher where only one key is needed, which can be up to 256 bits in length while its block size is 128 bits. Twofish is not a patented cipher and is open for public use. When tested against AES for speed, it worked at a slower pace keys of 128 bits but was in fact faster for 256-bit keys. This speed makes it ideal for use as both a hardware and software encryption solution.

Turbocharge your side hustle with these tech tips

4 reasons you should buy a 3D printer