When you work in the tech industry you spend a lot of time at your desk, usually sitting, typing away on your computer. What you’re typing may vary, it may be answering emails, writing a blog post/tweet, or coding, but most of the time when you’re doing these tasks you’re sitting at a desk or in a more recent trend, standing at a desk.

A good desk is critical to being productive and healthy while working so when I had the opportunity to take the Autonomous SmartDesk 2 for a spin, I knew I had to give it a shot.

With the SmartDesk 2, Autonomous, attempted to please three types of people: sitting desk people, standing desk people, and those like me who are in the middle. And if you ask me, I think they nailed it. The SmartDesk 2 sports a motor that can raise and lower the desk turning it from a sitting desk to a standing desk in a matter of seconds (and vice versa). You can even set up to four (4) presets using the controller on the front right of the desk–this is very nifty so you don’t have to remember just how you like it. 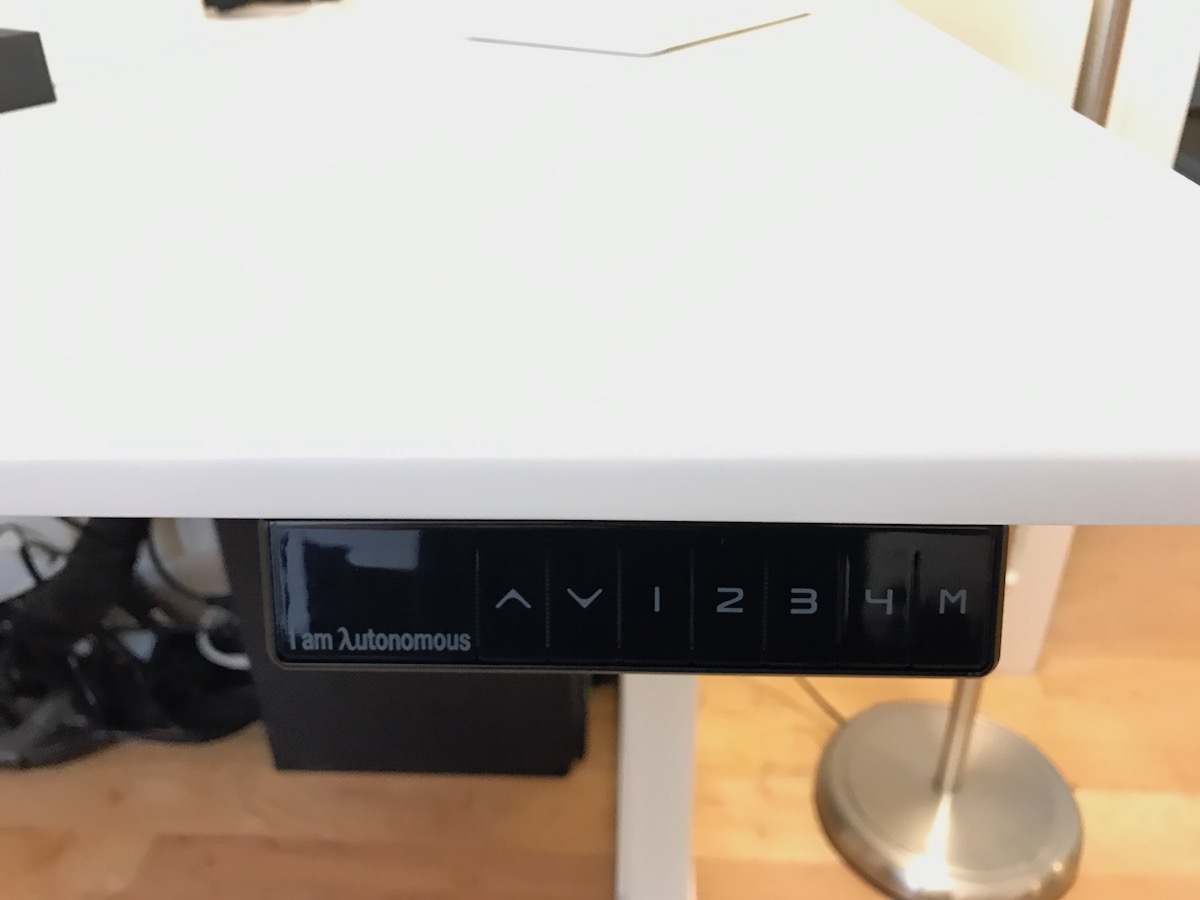 Before we get any further, let’s talk assembly of the desk. The desk arrived in two boxes, one box included the base and the other box included the top of the desk (desktop). Overall, assembling the desk isn’t too difficult–once you know exactly what you’re doing. I’ll explain. My first attempt to assemble the desk wasn’t a complete success, the desktop was very wobbly which concerned me.

After contacting Autonomous, who were extremely helpful, I learned I didn’t assemble it 100% correctly and after making the suggested changes to the desk, it’s now as solid as a rock. I was also informed that new instruction/assembly manuals have been written and will be sent with new shipments that clarify the part where I apparently messed up.

It was nice to see that Autonomous provides at least one extra screw of each type–I’ve lost and/or stripped too many screws in the past so it was definitely much appreciated. The Allen wrench provided gets a majority of the job done, however, I definitely would recommend using a power drill when attaching the desktop to the base.

Last note on assembly, if you live in LA, SF, NYC, or Jersey City you can pay an extra $49 for professional assembly. 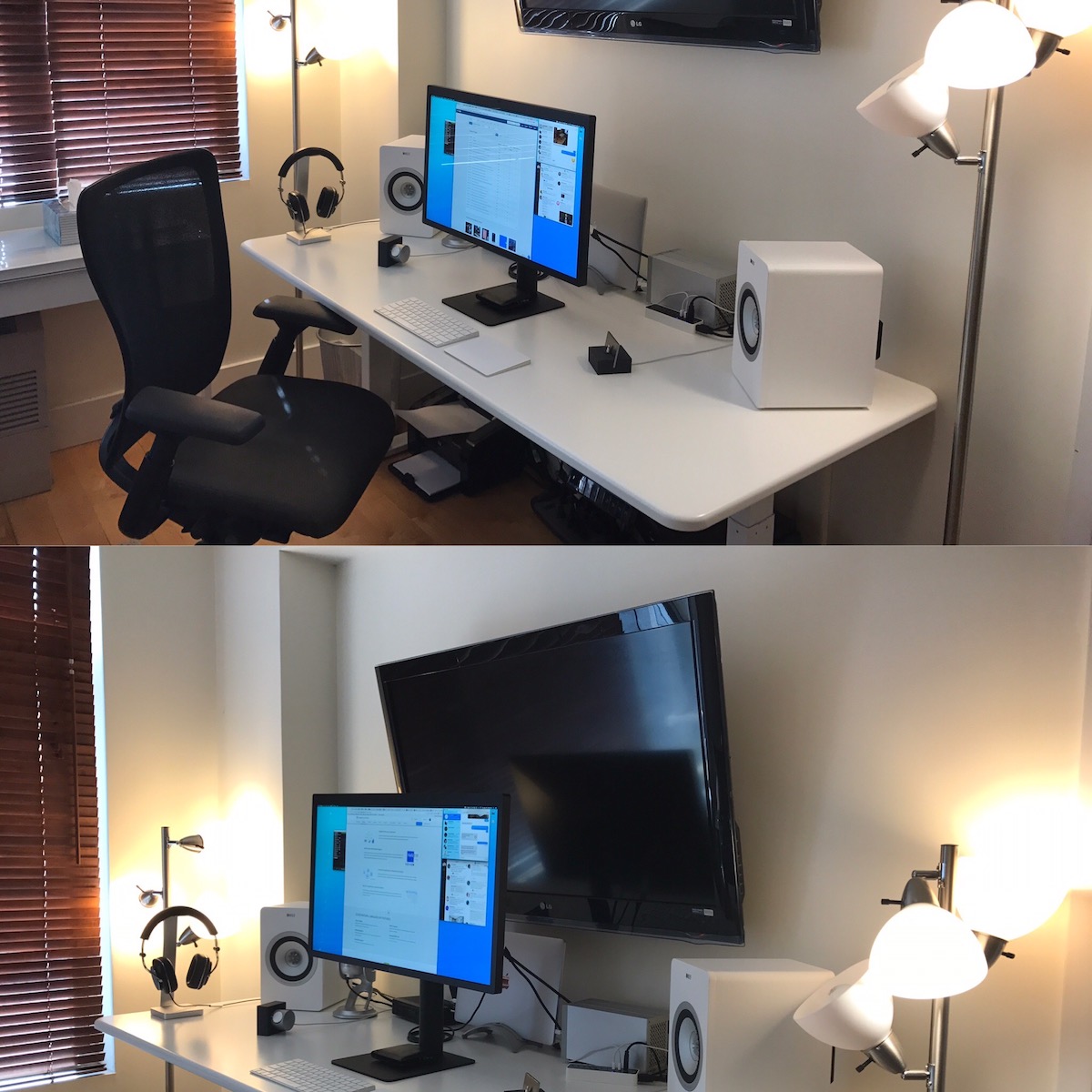 I’ve been using the desk for a couple weeks now and I love it. I never had a standing desk before, mostly because, I like sitting and I never found one that easily let me do both–until now. With the SmartDesk 2 switching between sitting and standing is literally the push of a button. I still find myself in sitting mode more often than not, but I definitely plan to continue to try and utilize the standing functionality over time.

As for which is better, it really depends on your setup and how you envision your setup evolving over time. Do you plan to add dual monitors? Bigger speakers? etc. Remember a good desk is an investment and should be thought of as such, you will likely be using it for a long time. In terms of price difference, it’s pretty negligible–it will add $100 to the total cost if you decide to go with the Business edition. 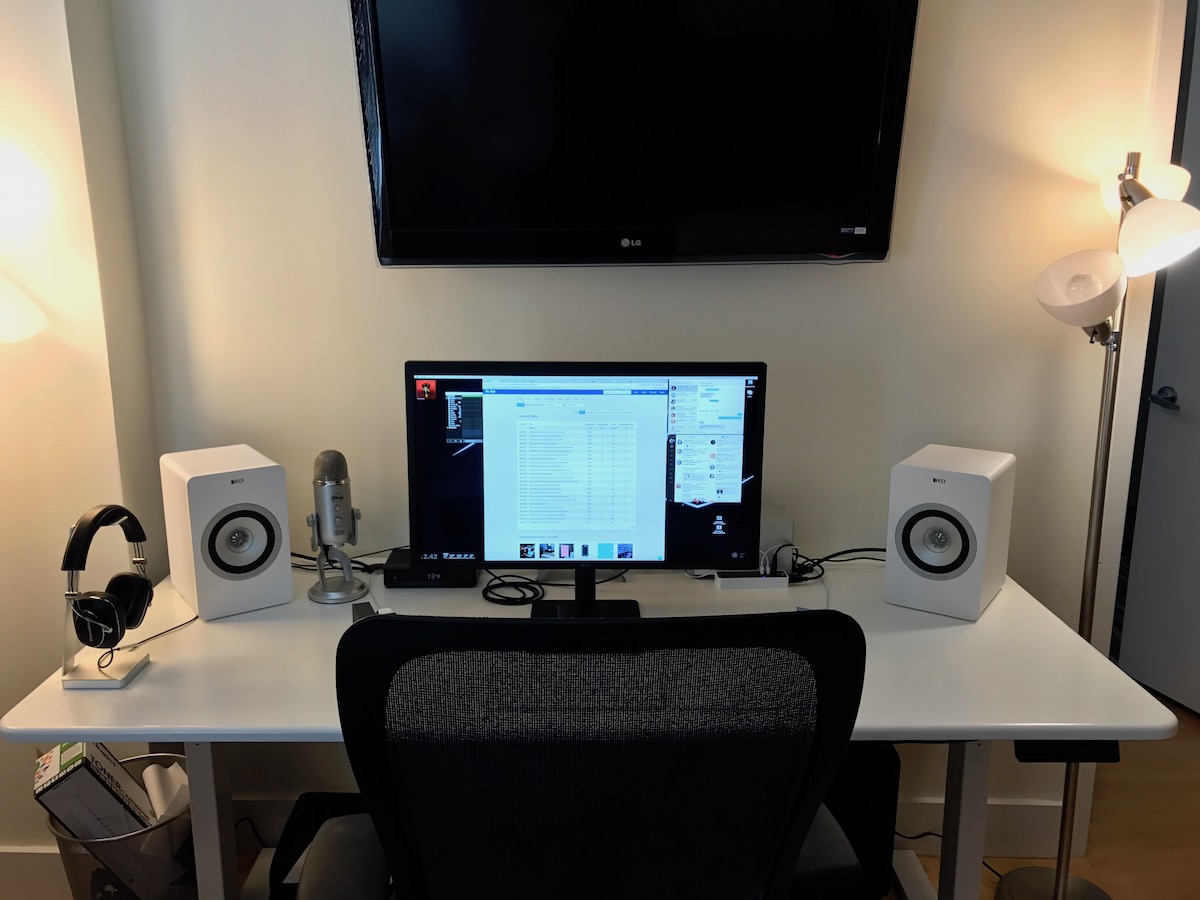 The SmartDesk 2 by Autonomous is an excellent desk, I like to think of mine as a work bench. Plenty of space and good depth–key components of a work bench. One place I’d really like to see improved though is storage, the desk has zero storage–it’s all surface area and no drawers. Another place where I think this desk could benefit from is more options for cable management.

Aside from the lack of storage, offering slightly better cable management options, and the small issue with assembly instructions (which I’m told have been fixed), there isn’t anything not to like about the SmartDesk 2.

Would I recommend the SmartDesk 2? Absolutely.

Autonomous has also developed some other really interesting products, including an ergonomic chair and stool. We’re hoping to get a chance to review the ErgoChair at some point, so stay tuned for that as well.

And last but not least, I need to give Mandy a shoutout for all her assistance with the assembly of the desk–without her this review would not have happened.