The World Cup comes but once every four years, and while fans in the United States won’t have a dog in the fight this time around, the event is sure to be a big TV draw regardless. There’s something special about knockout tournaments — something you don’t get from a multi-game series, and when the teams aren’t representing states in the U.S. but entire countries in the world, the stakes get a whole lot higher.

You can look forward to catching the World Cup starting on June 14 of this year. The question is, how will you be keeping up with the latest scores? And how will you watch the game if you don’t have cable, or happen to be away from your TV at home? Fear not — we’ve got you covered with our 2018 FIFA World Cup Tech Survival Guide.

There’s no more trusted source for sports news than the self-proclaimed “worldwide leader in sports,” ESPN. If you’re forced away from your couch during this year’s World Cup tourny and can’t take in the game via TV, you can still keep yourself in the know using the ESPN app’s push notifications. Simply set notifications up for the World Cup event to receive alerts every time something significant happens in a World Cup game. It’s not quite as exciting as watching a game in real time, but it’s better than reading about the results later. 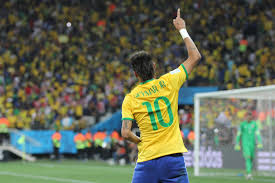 Push notifications not doing it for you? There’s always the option to look for a FIFA World Cup 2018 live streaming option. You can spend your own time searching for a freebie link of dubious quality, or you can use the link in the previous sentence, which will take you to a website featuring a number of streaming resources. There’s no guarantee these options will work on your mobile device with ease, though, so you might have better luck if you’re taking a laptop with you on your travels.

There’s a lot of hubbub surrounding streaming services like Sling TV and DirecTV Now, but YouTube TV is quietly becoming a force to be reckoned with. It provides access to local networks in most areas, and it has apps for both iOS and Android. The kicker — it’ll cost you $40 a month to subscribe. If you feel that’s a price worth paying for access to crisp, quality World Cup coverage, you’ll likely be pleased with what YouTube TV has to offer.

Have some other tools you’d use for keeping up with the World Cup this year? Feel free to leave them below in the comments.

Shawn Farner is a Harrisburg-based tech blogger who has been involved in online media for over eight years. He covers consumer electronics, web companies, and gaming.

A look into Usenet, the original wild west of the internet

Stop using the Internet like an old person: 2 easy shortcuts