6 reasons to use a testing tool before software launch

It’s essential for a new app or software to provide a seamless experience to users without any glitches.  After all, nothing irks a user more than using a program that spits out the wrong info, loses important data or suddenly crashes. A bug-infested program or app can be very pricey for both the client and the developer. And if a bad software is installed in a device,  it can even damage it.

The proneness of errors

A 2002 study by The US Department of Commerce’s National Institute of Standards and Technology (NIST) reported that software are usually prone to errors because of their incomprehensive complexities.

Software developers spend up to eighty per cent of development costs on identifying and correcting defects, with products being routinely measured in millions of lines of code. According to the study, the main factors contributing to problems in a product’s quality include marketing strategies, decreasing returns on testing and debugging, and limited liability by software vendors.

In the old days, testing would be done only after the requirements were defined and the coding process was completed, but in the new-found approach, the testing efforts are an on-going process while an app or software is being developed.

The economic savings – a study

The NIST study further suggested that software bugs are so detrimental and prevalent that they once cost the US economy an estimated $59.5 billion yearly. At the national level, over half of the costs are sustained by software developers and the remainder by software users. The report states that more than a third of these expenses, an estimated $2.2 billion, could be terminated by an improved testing structure that enables earlier and more effective removal of software defects. Presently, more than half of the errors are not discovered until late in the development process or after the formal launch. 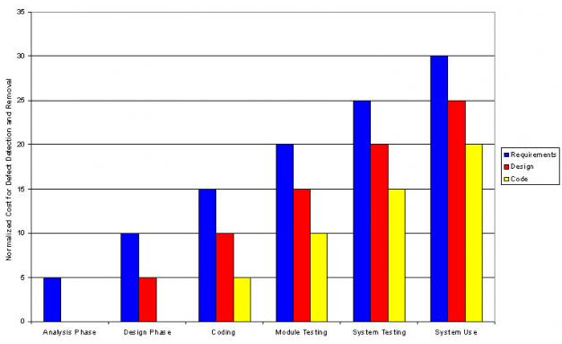 What do you think were the problems? In a large, expensive custom software project, changing and complex requirements are not at all unusual. However, detailed methodologies like agile software development have been built to cope with them. According to Bloomberg BusinessWeek, the basic solution is to create more transparency, code reviews, repetitive ‘unit tests’ to find flaws automatically, and the constant release of new redundancies into the real world, where it is used by consumers.

It’s a tech maxim that the earlier a defect is found, the easier and cheaper it is to fix. If a problem in the requirements is found post-release, for example, the cost is estimated to go up to at least a hundred times more to repair than if it has already been found during designing or in an agile iteration.

The importance of testing tools pre-launch

If a software company delivers a product with certain defects without proper testing, it will lead to countless issues and dangerous situations. At times, buggy software might even result in the loss of human lives. That is why, rectifying problems in a software to make it bug-free shouldn’t only be a task but an important duty. Discussed further are the six most important reasons of why we need to pre-test our apps using software tools.

There are countless software testing companies that are hired by big organizations so they can confirm that the solution tools offer what they need and do what they are supposed to do. Test automation is often needed to verify that your brand new functionality such as widgets etc. work as is intended.

Upon adding new features, a forgotten legacy feature might break, but in that case a detailed regression test is sure to detect the error before it reaches the users. Regardless of the development methods used by your team, the main goal of testing remains the same, which is to make sure that a tool does what it is supposed to do.

Users are not always skilled enough to use the software solutions carefully. Sometimes, they may misapply the applications, causing a shutdown. Many companies think that negligible bugs need not be addressed as they represent ‘edge’ cases that are so remote that users may never even encounter it.

But chances are that consumers might come across such errors while using the software. A thorough exploratory and general testing can help uncover petty bugs and fix them before the situation gets worse. 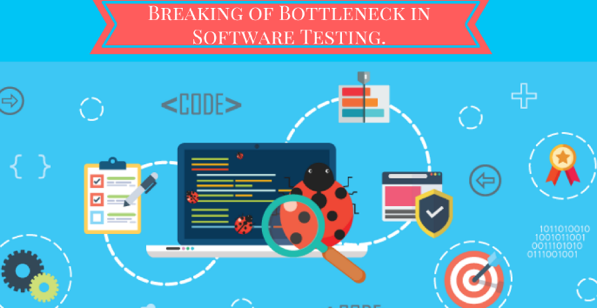 The testing phase is part of incoming profit. A good product requires less promotion because people will eventually recommend it to one another. Word-of-mouth is one of the best and highly recommended advertising tool you can get. Offering a rigorously pre-tested and quality checked product means having respect for your clients. It will not only help retain old customers but also gain new prospects.

Alongside bringing in revenue, the testing phase cuts down overhead and other existing expenses as well. It also saves money in the long run because you are offering a software that does not need continuous fixing.

It is often experienced that compromising on programme quality ends up in more expenditure than planned.  Moreover, the benefit of using a software testing tool is that it allows developers to remove errors before the product gets launched in the market.

We are lucky to have the opportunity to choose from a wide range of laptops, phones, tablets and many more tech gadgets that work on altering operating systems. Checking the apps for system compatibility is important as you will come to know how users are able to use the app and develop responsive designs accordingly for higher consumer satisfaction levels.

If a person calculates value from the incident reports or software, they might mistakenly neglect something, or their own one-sided judgments may lead them to interpret that data incorrectly. Using a software testing tool means that subjective preconceived notion is removed and the assessment is more consistently calculated. Examples include assessing the cyclomatic complexity or nesting levels of a component which can be done using an analysis tool.

Software testing is one way to ensure that your programme will work well, fulfilling its role for every business or user. While predefining the reliability of the app to users, it also determines the quality of the end product. Pre-testing is important because it can help detect areas that may incur high maintenance codes and costs, putting a consumer’s data and security at a risky edge. When customers find a software easy to use, they can put their trust in your brand.

As software developers, it is your responsibility to ensure that users have confidence in your product. A bug in your software means a simple task takes much longer to complete and may also compromise user privacy. In any case, if a software bug is unseen, it can leave a negative impact on people.

Audrey is a mother and a professional blogger by choice. She has completed her masters in English literature from the University of Birmingham. As a blogger she wrote quite a few posts on health, tec