MessageHub: A Great Idea That Needs Some Fine Tuning

If you want to stay socially engaged on the web, you’ve got to learn to manage more than one social media network – and maybe even three or four or more. Just dealing with Twitter and Facebook in each of their separate apps can be a major pain.

That’s what gives MessageHub – a new mobile app available for Android and iOS – so much potential. It combines both your Twitter and Facebook feeds into one, with options for other networks like LinkedIn, as well as your Gmail, Yahoo, or Aol email and messaging accounts. But while the idea is solid, the execution could use a bit of work to make MessageHub a true replacement for your social networking apps. 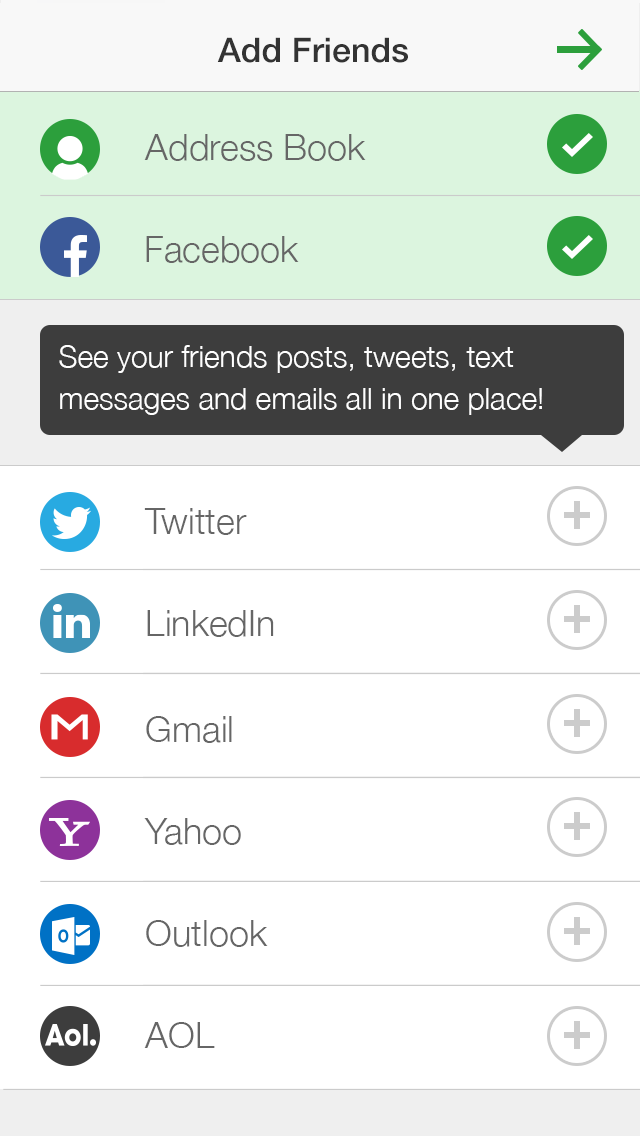 The combination of your Facebook and Twitter feeds is seamless. When you open up the mixed feed, you’ll see all the people you follow in one place, along with links to external content and images. You can “Like” or comment on Facebook posts, and you can “Favorite” or Retweet posts from your Twitter contacts. It’s incredibly convenient to have these kinds of interactions in one place, and that alone could be enough to make social media junkies switch to using MessageHub full time.

Unfortunately, MessageHub needs to cook a little longer before that happens. Despite my best efforts, I couldn’t figure out how to reply to Tweets from my combined feed – a major problem if you want to actually use Twitter, and not just consume it. Following links to external content brings you to a web browser within MessageHub, rather than your browser of choice. And when you try to go back to your feed after checking out the link, the app takes you to the very top, rather than where you left off, meaning you’ll have to scroll all the way down to find your place again.

There are broader issues with MessageHub, too. There doesn’t seem to be any way to adjust the app’s notifications. During my test run, sometimes hitting a link caused the app to crash entirely. MessageHub can replace your texting app of choice, but adding other web-based chatting apps seemed difficult to impossible. I couldn’t figure out how to get our previous conversations. I couldn’t figure out how to incorporate my Google Hangouts messages, nor my Facebook Chat Messages or Twitter Direct Messages. Do I have to add each contact as a Favorite? Do I have to do this for every contact I want to message? 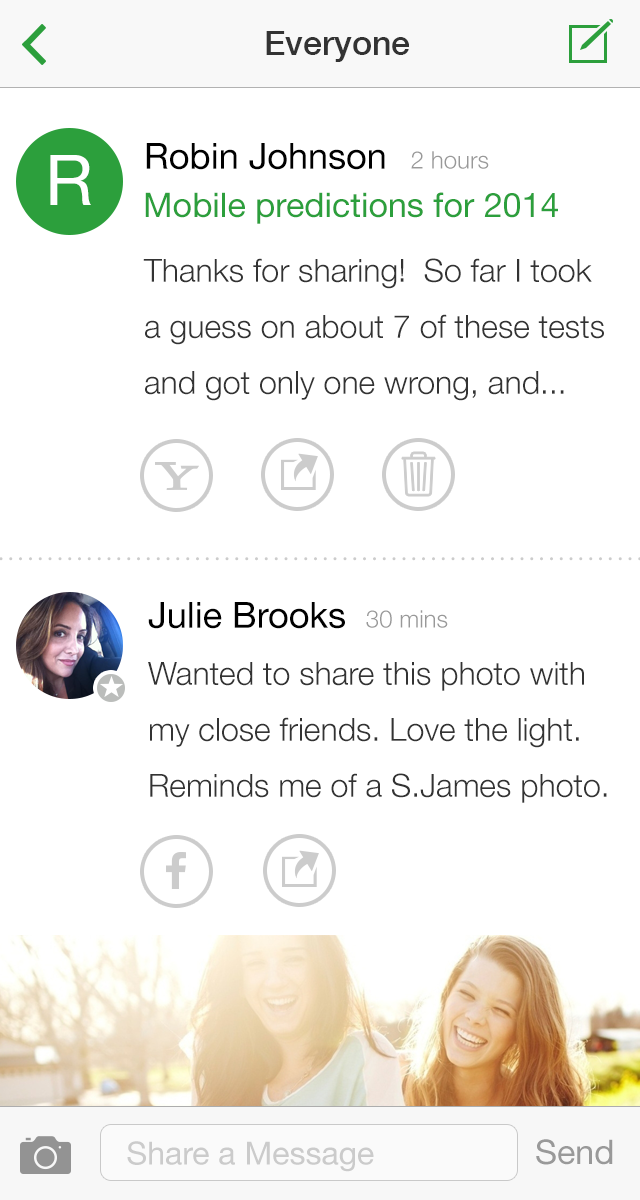 MessageHub looks to solve one of the problems of the social networking age by combining your ever-updating feeds into one place. But it doesn’t provide enough options or access choices to make that feature work well enough to cause users to switch. Maybe an update or two will help make MessageHub the kind of app that I’ll use more frequently. I definitely would enjoy being able to put my social networks into one place. But for now, the best social networking and messaging experiences still happen on those individual apps, meaning MessageHub isn’t quite there yet.

Save time and get closer to the people who matter with MessageHub from MyLife. A revolutionary new app that will change the way you message! Visit the app store to download it today. Available on iOS and Android.

This is a sponsored conversation written by me on behalf of MessageHub. The opinions and text are all mine.

Brian's been a writer-for-hire for the better part of ten years, creating content for Geek Magazine, Machinima, and even Hasbro's Trivial Pursuit. After living in New York for most of his life, he re