This Mac Pro concept is an atrocity and an engineering nightmare

Prepare yourself for the dumbest Mac Pro concept you’ll ever see. The folks over at Germany-based CURVED/labs clearly have never built a computer before based on this new Mac Pro concept they have rendered and decided to share with the world. First, you need to take a look at the video which shows off an ugly rectangular/modular design. Honestly, the look of this Mac Pro concept alone should disqualify it from ever even being considered as an Apple product, but let’s dig a little deeper and keep the aesthetics out of it.

The Mac Pro concept features two slots for full-sized graphic cards (e.g. a GTX 1080) and easily accessible area housing for the processor, RAM, and storage. In theory this sounds good, until you actually look at the engineering. For example, the biggest issue I spotted right out of the gate was the RAM slots.

I mean, seriously, did the people who designed this concept ever install RAM on a computer before? How would this design actually work?

Then there’s the issue of the GPU… so as you can see a GPU has ports that you can use to connect a display. Even CURVED/labs seems aware of this in this part of the render: 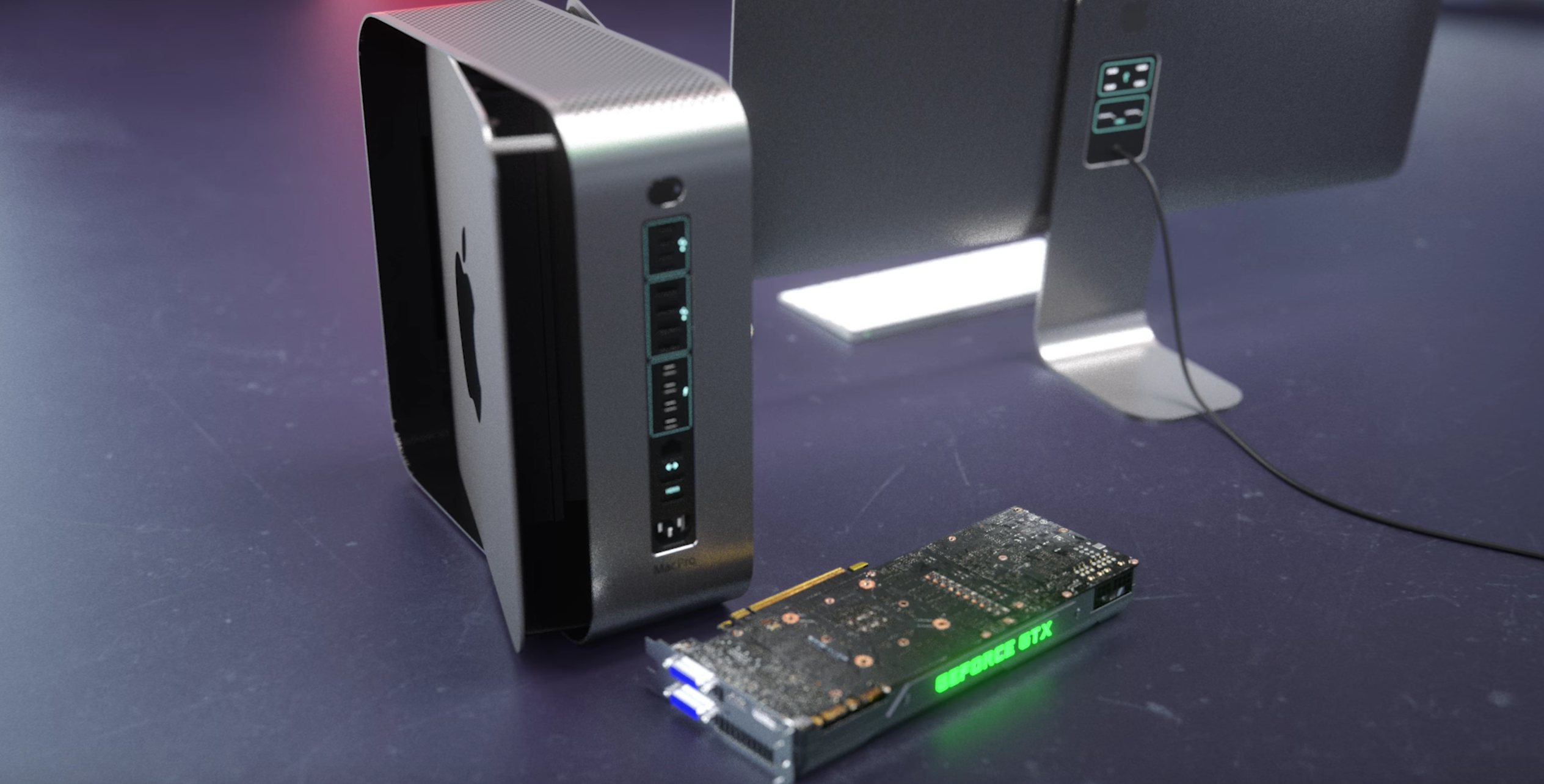 So can someone explain to me how this GPU was installed and will actually work as rendered in the screenshot below? 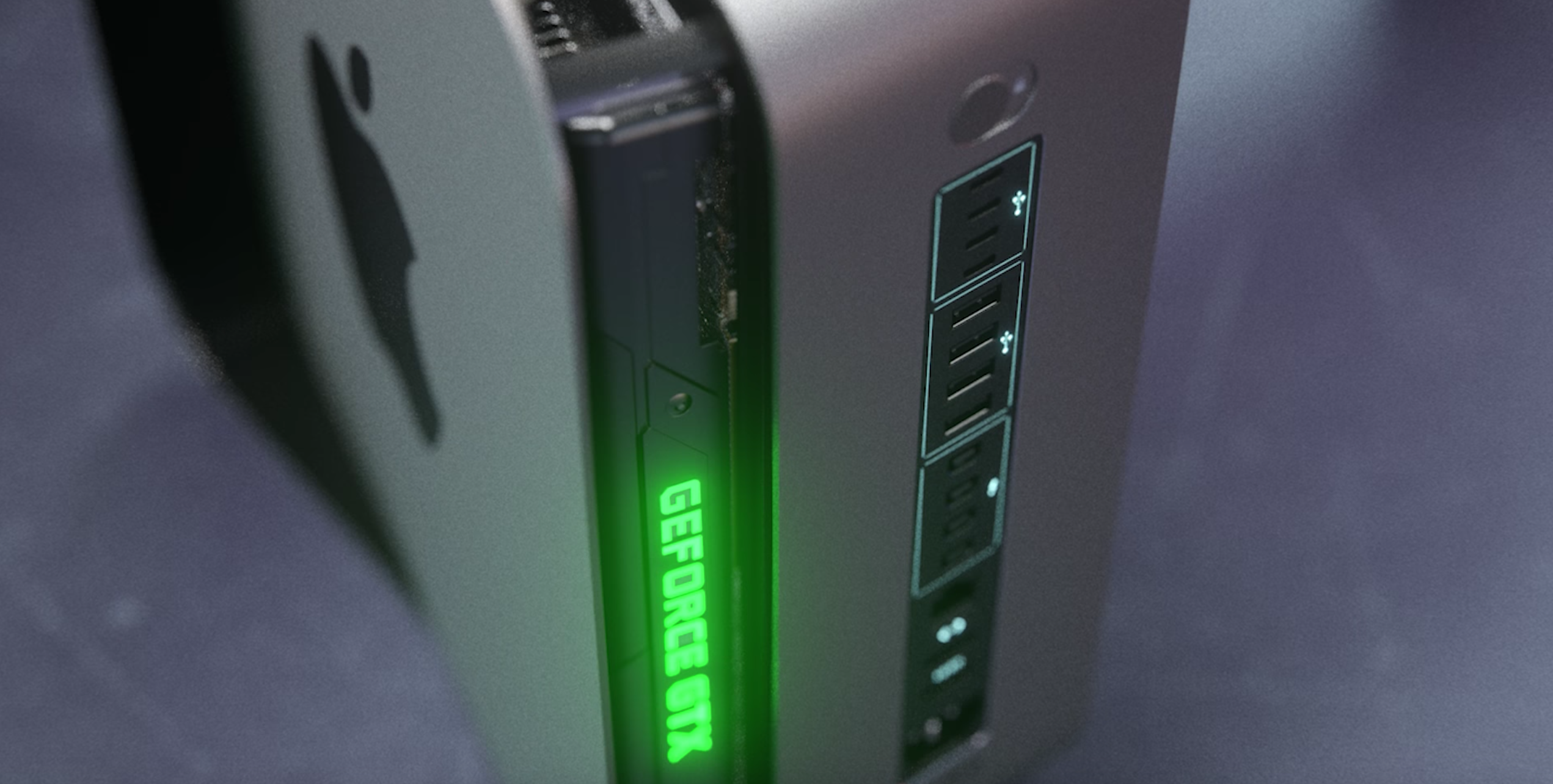 And then there’s the question as to why a Mac Pro needs Touch ID, most of the time, these machines are out of sight, out of mind for the people using them. But perhaps, even more mind boggling then Touch ID is why the Mac Pro would need what appears to be a Touch Bar on the front. 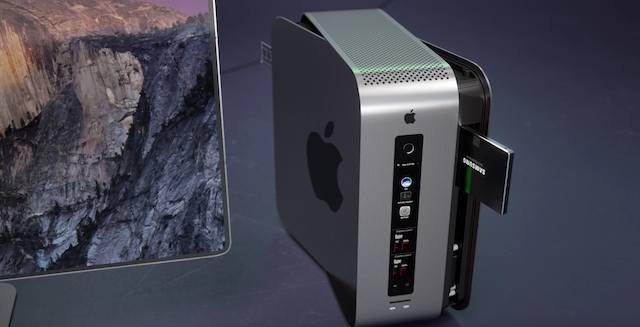 Lastly, there are a ton of ports of this atrocity. I’m not anti-port by any means, but this many ports isn’t even possible. And pair that with the fact, it even has Firewire ports which is practically a dead technology. Not even the current Mac Pro supports Firewire, I doubt Apple will be adding it back. USB-A I can see being offered, but certainly not Firewire. I expect Apple will double down on Thunderbolt 3/USB-C on the next Mac Pro. 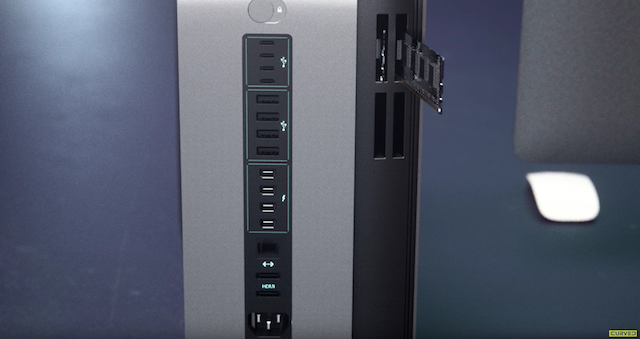 There are likely other engineering problems with this concept, but I just had to point these out, especially as some publications have been so openly praising it. What do you think of this Mac Pro concept? Awesome or DOA? Leave a comment!