How To Use Live Tweeting to Boost Your Brand

Fundraisers, conferences, and even live television events, have long been invaluable methods that companies use to promote themselves and grow their networks. While this is still a great way to produce small-scale brand awareness, nowadays, employing social networks to broaden your visibility during these events is a must.

In order to capitalize on this promotional instrument, event organizers often assign a team whose sole purpose is to run and manage the live tweeting campaign in order to make sure it’s running smoothly. But today there are other methods companies can use that don’t require a social media army. 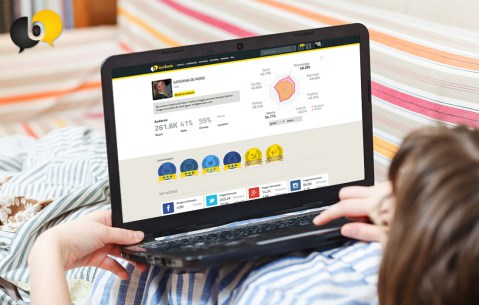 Buzzoole, an automated platform that connects brands and influencers to implement social media campaigns, recently introduced its own LiveTweeting feature. The tool allows companies to utilize social media influencers to boost a certain hashtag during any event in order to increase their online exposure and broaden their following.

The benefit of utilizing this platform is that setting up and then monitoring your campaign is completely automated, so you would only need a single person to manage it. The platform even delivers all of the campaign data to the palm of your hand, allowing you to monitor your hashtag, access real-time data, and receive alerts if your hashtag is trending on Twitter.

“Live tweeting has proven to be an incredibly effective way to quickly raise online awareness of your brand,” said Fabrizio Perrone, Founder and CEO of Buzzoole. “However, brands often lack the tools to carry out these campaigns in an easy and productive way. With our LiveTweeting feature, we offer brands a simple, cost-effective, and completely automated method to execute a successful live tweeting campaign.”

The company says that it has already run successful live tweeting campaigns for many brands. According to Perrone, “so far 200 brands have implemented LiveTweeting campaigns on our platform, and 90% of them saw their hashtag reach the Twitter trending topics.” Buzzoole pointed towards campaigns such as the one they ran with Ford, that became a top Twitter campaign in February following Buzzoole’s LiveTweeting during Masterchef.

An automated platform like Buzzoole could be a good solution for a brand looking to carry out a live tweeting campaign without needing to hire a full team of people to run and monitor it smoothly. There may be concern that when using automatic tools like Buzzoole, you often lack control over the messaging of the influencers posting, and might run the risk of receiving negative publicity. That being said, this is a risk you take anytime you attempt to create a viral online campaign around your brand, and, as they say, there’s no such thing as bad publicity!

This Algorithm Wants to Design Your Company Logo