iOS 11 on the iPad is all kinds of awesome

John Paczkowski at BuzzFeed has a great interview with Phil Schiller and Craig Federighi on the iPad and what iOS 11 means for it and the future of the Mac.

“It’s hard not to look at the new 10.5-inch iPad Pro running iOS 11 and recall that ‘The computer for the rest of us’ slogan Apple used in 1984 to launch the Mac. Today, might the same be said of the iPad?

Perhaps. That said, Apple says it sees a long future for both Mac and iPad. ‘It’s simple, really,’ says Federighi. ‘There’s a product you hold in your hand that’s designed for direct manipulation. And there’s product you use at your desk that’s designed for indirect manipulation. When you take those ideas to their fullest expression, when you extend their reach, there will inevitably be some overlap. But ultimately, people are going to choose the one that’s the most compelling for what they want to do.’”

I agree with this sentiment, especially after having been messing around with the first iOS 11 beta on my iPad Pro 12.9″. Overall, the latest version of iOS, which to-date has been mostly iPhone-first in terms of development focus, is a more significant update for the iPad Pro than it is for the iPhone (at least, for any currently released iPhones). 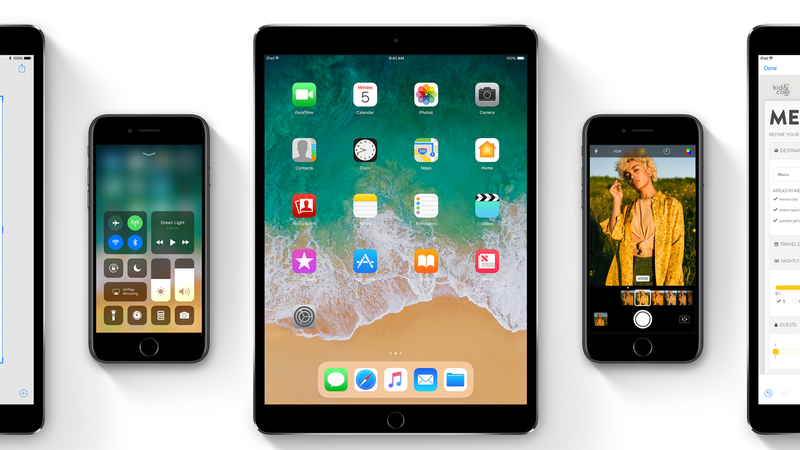 In the less than a week’s time I’ve been using iOS 11 on my iPad it’s completely changed my outlook on the device. My iPad has gone from strictly a consumption device (though, for me, that’s still mostly what it will be) to being capable of doing more (much more) due to the improved multitasking, app switching, newly added dock, and Files app. I used to feel handicapped on my iPad and that feeling is starting to go away with the iOS 11 update. That being said, it’s not replacing my MacBook Pro and it doesn’t appear Apple expects it to either.