Forex vs CFDs: understanding the differences and similarities

The world of business is quite widespread. In the asset trading realm, you will come across CFD and forex trading. These two forms of trading have several similarities and important differences too. The two are suitable for investors who have the time and an interest in exchanging commodities for a price. CFDs are Contracts for Difference which are the result of an agreement between two parties. Trading parties can exchange the difference that exists between the selling and buying price of a commodity. Forex assets, on the other hand, are also exchanged for a price once they have gathered enough profit. Both of the markets are quite dynamic and they have opportunities that can be exploited. Here is all the important information you need to have on CFDs and forex.

Similarities Between CFDs and Forex

The first major similarity is that both give investors a chance to access leverage. Leverage is crucial for any risky business that also requires the investment of huge sums. Leverage is provided mainly by brokers. With leverage, traders can easily increase their capacity to trade at a higher level. This not only makes the trade attractive but it makes investments worthwhile.

In addition to leverage, the two markets are also similar to each other in the kind of assets that are exchanged. Basically, neither of the markets involve the exchange of actual physical assets. All of the trade occurs virtually as it involves the exploitation of differences in asset values. The two markets, in fact, have the same processes of exchange.

Thirdly, the underlying infrastructure that supports both forms of trading is basically the same. CFDs and forex have the same execution methods and their methods of the transaction are just alike. The institutions that regulate and facilitate the trade in the two markets are also the same. Both feature a decentralized form of organization and access to the assets is regulated by licensed institutions.

Finally, CFDs and forex rely on utilizing the effect of time on market assets to make a profit. The two are basically speculation industries where investors use all the resources available to them to buy assets and anticipate an increase in value before selling the assets. Traders never really take full ownership of the assets as they are continuously circulated in the market. The similarities in these markets can be summarized in the following points:

Differences Between CFDs and Forex 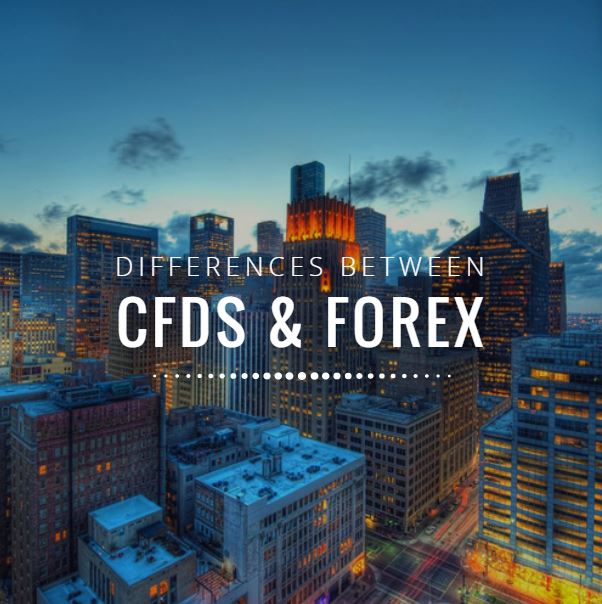 In terms of differences, CFDs give investors more choices as they generally deal with a broader spectrum of assets. The currencies involved in CFD trade are for instance not fixed. Forex, on the other hand, relies on trading a fixed number of currency pairs. This means that investors get more choices and flexibility with CFDs.

Secondly, the forex market relies on several forces to come to a certain price point. Currency prices can, for instance, be determined by the supply and demands forces and the economy as well. The institutions behind the currencies also have a bearing on the demand of a particular currency. For CFD assets though, only the market supply and demand forces determine the price.

Finally, the operating times for the CFD and forex markets differ. The forex market operates on all business days for 24 hours. While the opening and closing times are usually affected by the global time difference, the opening and closing times are similar everywhere. The same rules do not apply for the CFD market though. The times of operation for the CFD market are determined in a more dependent manner. In short, the differences can be summarized in these points:

Both the forex and CFDs are great avenues to invest in. By knowing the main differences and similarities between the two, investors can be able to effectively choose the best option for them.

Cashless and fearless: predicting the future of mobile payments

Death to the CTA (Call to Action): why marketers don't need them