I have had a lot of my friends ask me which new iPhone they should get over the past few days so I decided to put together this post which will explain the key differences between the iPhone X and the iPhone 8 (and 8 Plus). It’s up to you to ultimately determine which iPhone you go with, but I hope this information helps.

All three of the new iPhones have the same core components, including the A11 Bionic processor, a 12MP camera, the True Tone display technology, and wireless charging (that works with Qi charging devices). The real gem of each of these iPhones is the Apple-designed A11 Bionic chip which means you’re going to get the same great performance from any of the models. That being said, there are some key differentiators between the iPhone X, iPhone 8, and iPhone 8 Plus. Here’s what you need to know. 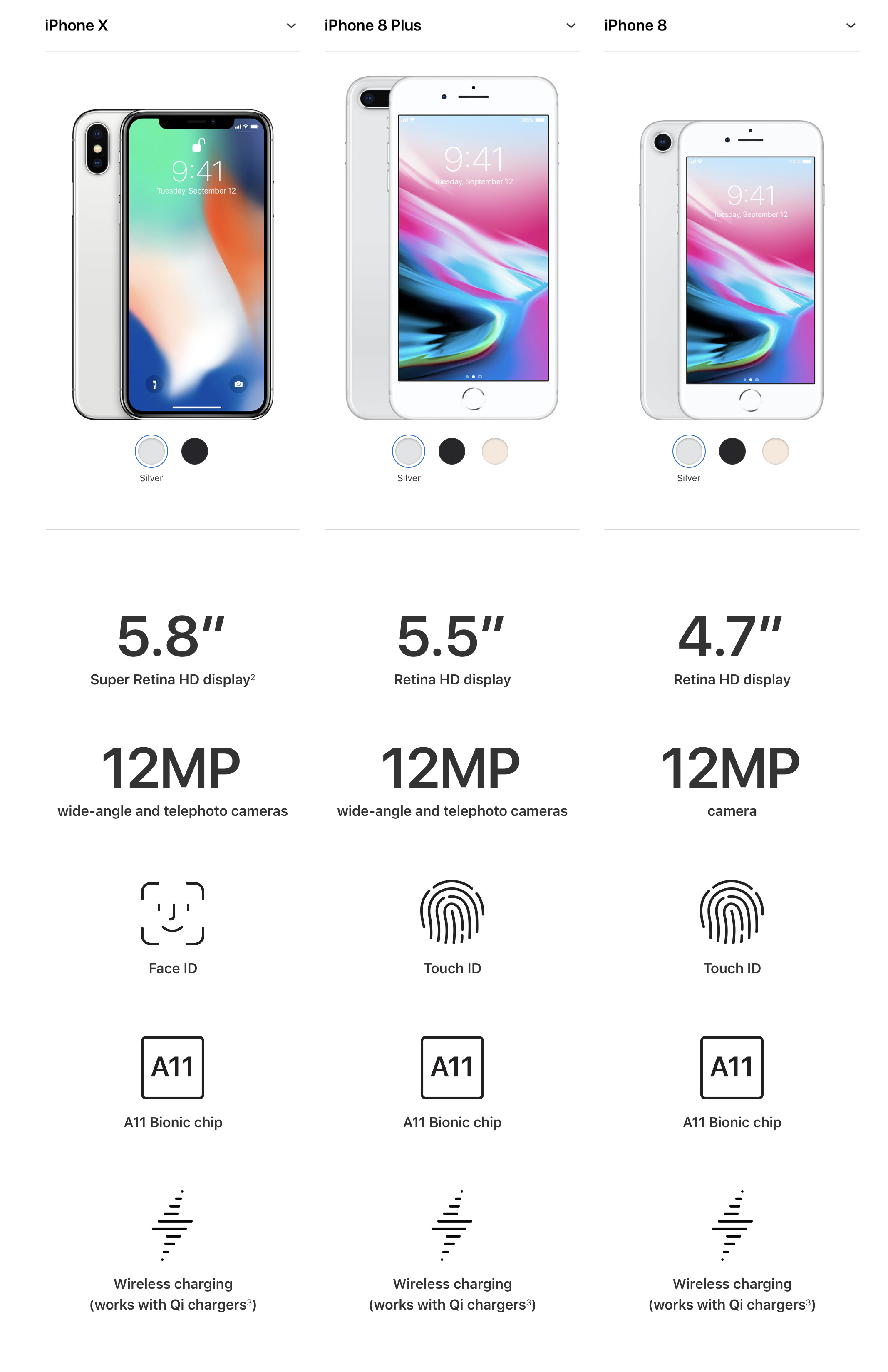 Both iPhone X and iPhone 8 Plus feature dual rear cameras (the iPhone 8 only has a single camera on the back), but the iPhone X has a telephoto lens with better aperture — f/2.4 compared to f/2.8 for the Plus model which will allow more light to come in. The iPhone X is also the only one featuring dual optical image stabilization which makes taking photos where you are zooming in less jittery.

Of the three new iPhones, only the iPhone X has the ability for High Dynamic Range with Dolby Vision playback.

The iPhone X has the brand new Face ID facial recognition system, while the iPhone 8 and iPhone 8 Plus come with Touch ID fingerprint sensors.

There aren’t very many differences between the iPhone 8 Plus and the iPhone X–in fact, there’s really only around three key differences: the edge to edge OLED display, the fact that on the iPhone X the second camera (telephoto one) also has optical image stabilization, and lastly that the front facing camera on the iPhone X is also capable of taking advantage of the Portrait Mode and Portrait Lighting features which will be great to have if you’re really big on selfies.

If you’re asking me which I’m buying, well I already told you.

How to get the most out of your content analytics