A Smartphone Never Forgets: Surveillance In The Digital Era

Surveillance in the digital era has emerged as a far different beast than it was back when the government had to tap household phones or monitor mail correspondence to gain access to our private lives.

Today’s constant, rapid use of social media, digital communications and online message boards makes surveillance a nearly automatic process; the convenience of these technological advancements has forever altered the market for personal information while simultaneously changing our conceptions of what “privacy” really is.

Just a decade ago, computers were the only devices capable of connecting to the Internet. Today, everything from the household refrigerator to the vehicle in the driveway features wireless technology that connects directly to the Internet, sharing and transmitting personal data all the time. The “Internet of Things” touches on the idea that all new devices are expected to have online capabilities. Smart home technology turns any home into an information center full of possibilities as well as a storefront for massive tech firms, in exchange for delivering mountains of personal data we receive advertisements carefully aligned with our previous search queries and prior online activities. Companies rarely disclose their data practices with consumers, and privacy policies are written in notoriously befuddling (not to mention boring) legalese. 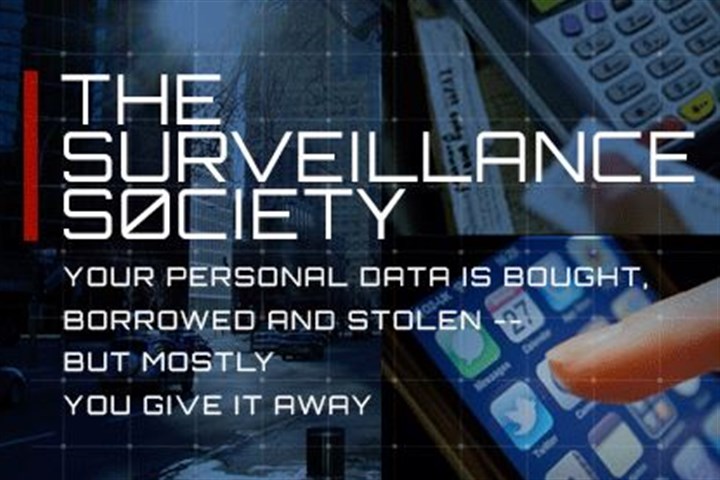 Perhaps even more controversial, however, is the fact that police departments around the world are using this type of predictive modeling to serve their own needs. Searching a suspect’s social media pages for information is now a commonly accepted method of intelligence gathering. Around the world, protesters have been banned from accessing social media sites like Twitter, where they often gather to plan real-world protests. In America, it is common practice for anyone involved in a lawsuit to hand over his or her social media log-in information to the opposing legal team during the discovery phase of an investigation.

More than opinions and thoughts are being transmitted through digital technologies. Surveillance technology relies on the sensors and wireless connectivity most new devices are equipped with. The iPhone, for example, includes a variety of sensors that have the ability to monitor the user’s location, daily routine and even heart rate. While these information gathering capabilities have a variety of uses in applications that help users get fit, track their steps or simply find a lost phone, they have significant implications for surveillance as well. At one point, law enforcement would have had to place tracking technology on a suspect to follow their moves. Today, it is simply a matter of getting access to the technology that most people already willingly possess.

Human use of evolving technology is not the only potential threat on the horizon. Smart technology grows more powerful with every search query, and artificial intelligences are a concern to some experts who warn that they could soon rob users of their privacy and even their personal safety. According to this website, use of “smart” home security systems by American families is poised to grow as more millennials begin to purchase homes. The younger generation’s preference for Silicon Valley devices will allow for tech companies to be in charge of controlling everything from locks to window shades, while simultaneously suggesting new Spotify playlists and providing comically awkward jokes.

The newly popular Amazon Echo is an Internet-connected speaker that communicates with users while listening to conversations and other auditory information. The Echo speaker is always on and always listening, setting alarms and providing weather forecasts in real time. Like Siri, Alexa is the virtual assistant who offers help to Echo users throughout the day, but unlike Siri, Alexa can be given full control of a home’s smart technology and security system.

While many of these “smart” technology innovations may seem like benevolent sci-fi, some experts warn that there is always a cost to artificial intelligence that grows too fast. Perhaps Alexa and Siri are better-intentioned than their friends at Skynet, but they still raise new concerns about security in the digital era. Legal precedents are dubious at best when it comes to protecting personal information broadcast through digital channels. The adoption of smart technology may eventually be viewed as consent for law enforcement and other government organizations to view personal information without a warrant. If one thing is certain, it is that smart technology requires a significant amount of thought before it is adopted.

Beth Kelly is a writer and blogger based in Chicago, IL. After graduating from DePaul University in 2011 she spent several years abroad teaching English and trying to learn Korean. Now back in the Wi

Startups: Here to Help, or Eliminate Your Job Entirely?