The phenomenon “wisdom of the crowd” represents the idea that large groups of people are collectively smarter than even the brightest individual in it, especially when it comes to problem solving, decision making, innovating, or predicting. This concept was originally popularized by James Surowiecki in his 2004 book, The Wisdom of Crowds, which showed that in various arenas, such as pop culture, biology, psychology, and more, large groups make better decisions than individualized ones. The idea behind it is that using broad opinions to create a collective agenda grants more credibility and buzz among others in the group. We’ve seen the rise of many apps and companies that efficiently use crowdsourced information to operate – think Waze, Uber, and TripAdvisor, to name a few. The wisdom of the crowd is also being leveraged on social media sites such as Quora, Yahoo! Answers and Wikipedia, where people share their knowledge about their fields of expertise. All these examples function based on the notion that the idea of many will be more reliable than the sole opinion of one.

However, the process of using a group’s collective decision to power businesses started way before Waze, Uber, etc. came into existence. The idea of wisdom of the crowd dates back to betting contests in the 18th Century. For example, there’s a historical tale of a group of 800 together estimated the weight of an ox – and they were correct within 1% of the true weight. This accurate guess shows the power of crowdsourced information.

One modern day application of crowdsourced information is CrowdWiz, a fully decentralized crowd wisdom powered investment platform. CrowdWiz hopes to combine blockchain technology and the wisdom of the crowd to democratize the investment industry, reducing the power of financial institutions like banks, funds, and exchanges, and giving it back to where it should be – with the investors themselves. CrowdWiz made a splash when it first entered the crypto scene a few months ago, and now the company boasts over $5 million raised in pre-sales. CrowdWiz launched its WIZ token on November 20th, after raising over $5 million in its public pre-sale, as well as released a demo of an alpha that shows how the platform will operate. 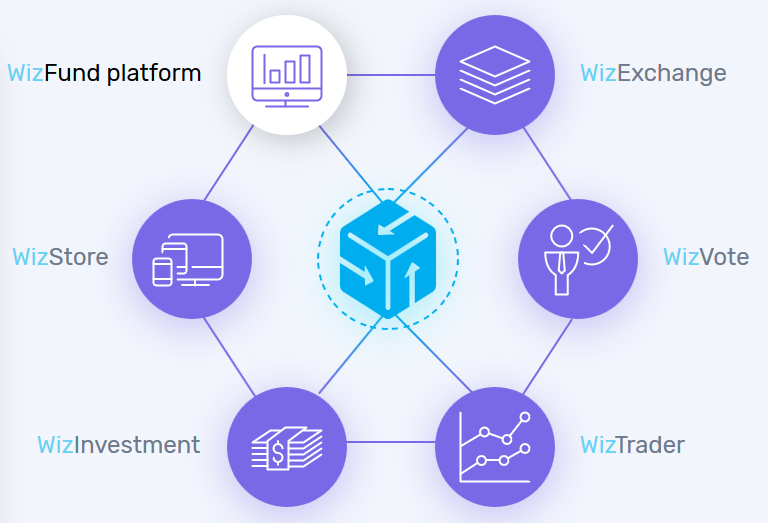 In line with its attempts to bring transparency and fairness to the investment world, CrowdWiz’s ICO features the first credit card processing solution. This means that for the first time during an ICO, participants can use credit cards to purchase tokens. Unlike other ICOs, CrowdWiz aims to make the blockchain understandable for the average consumers, many of whom have never even heard of an ICO. CrowdWiz wants anyone to be able to invest in its ICO, regardless of how much or little they know about crypto, paralleling the company’s goals to make the investment process fair and open to all.

Using the benefits that crowdsourced information provides, CrowdWiz delegates the decision making process when it comes to investment funds to the CrowdWiz community, rather than third party fund managers who often have dishonest or conflicting interests. The platform uses the wisdom of the crowd to make investment decisions, as under the right circumstances large enough groups tend to make remarkably good decisions and are often smarter than the smartest people in them (remember the ox example from the beginning?) Thus, the wisdom of the crowd produces the best and most promising company to invest in.

While CrowdWiz sounds all well and good (who wouldn’t want to control their investments themselves?) the question remains, can the crowd be as trustworthy as CrowdWiz claims? In theory the idea is great, and most of the time relying on the wisdom of many rather than just one can really pay off (especially if you are guessing the weight of an ox). But when it comes to investments and money, there’s the question of just how sure can CrowdWiz be that their community won’t somehow produce the wrong results? Are there any protective measures in place to combat any such anomalies? Only time will tell!