According to analyst Rod Hall, Google is paying Apple $9 billion this year to remain the default search engine for Apple’s Safari browser on iOS. A number that Hall believes will only continue to grow, potentially leading to a payment of $12 billion in 2019.

The relationship between Google and Apple has always been interesting. While Apple uses Google as the default search engine in Safari on iOS, the company also uses Bing in various other places such as searching the web when Siri is being used. Despite this, Hall says that “Apple is one of the biggest channels of traffic acquisition for Google.”

Just last year it was reported the number was $3 billion paid by Google to Apple to remain the default search engine in Safari on iOS and prior to that the first known number was $1 billion which was reported in 2014 after being released in legal documents.

Clearly, Apple has a stronghold on Google here, as the company continues to sell record amounts of iOS devices, including iPhones and iPads, Google can’t afford to lose out on all that search traffic. 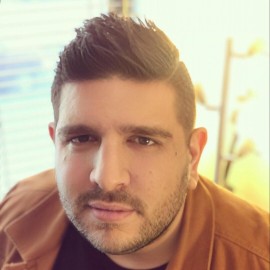 Jeff is the founder & CEO of BestTechie. He has over 10 years of experience working with technology and building businesses. He's a graduate of the Harvard Business Analytics Program and loves to travel and listen to music.